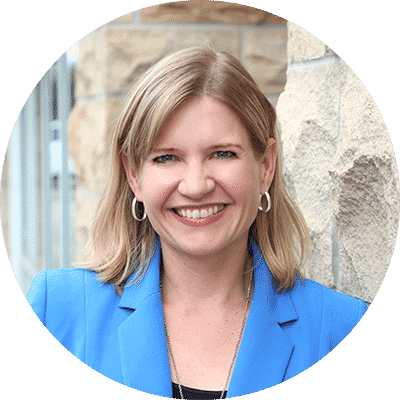 Dr. Laura Hambley Lovett is an Organizational Psychologist and serial entrepreneur based in Calgary, Alberta. She is a sought-after thought leader on workplace psychology and career development in Canada, and is regularly interviewed by the media on current trends – in addition to writing and speaking in public forums. Dr. Laura has 20 years of experience consulting with organizations in Canada and internationally to help their leaders and team thrive. Above all else, she is a leader and mentor who is passionate about making a difference in people’s work and lives. Dr. Laura was selected as a Woman of Distinction in Canada in 2014, and received a Canadian Woman of Inspiration Award as a Global Influencer in 2018.

Dr. Laura has founded and co-founded several psychology practices in Canada since 2009, including Work EvOHlutionTM, Canada Career Counselling, Calgary Career Counselling, the Leadership Success Group, and Synthesis Psychology. She has co-authored books and articles, including Growing the Virtual Workplace (2008). Her research since 2003 around remote team leadership led her to co-found Work EvOHlutionTM in 2014, a consultancy that has developed assessments for leaders, teams and individuals to thrive in distributed or flexible workplaces. In 2021, Work EvOHlutionTM was acquired by Humance – leaders in culture and performance – allowing Dr. Laura to provide workplace solutions more broadly.

The Distributed Work Profiler developed by Work EvOHlutionTM was featured in Scientific American magazine as the world’s first personality profile of a remote worker. Work EvOHlutionTM was also selected as one of Alberta’s most innovative start-ups by Alberta Venture magazine in 2015, and selected to present three times at South by Southwest, the innovation megaconference, in Austin, Texas.

In addition to her businesses, under her pen name Laura Lovett she has published two psychological thrillers, Losing Cadence and Finding Sophie, that are being represented by a Hollywood Producer. She hopes to both entertain and raise awareness on important topics around mental health and domestic violence. Dr. Laura has become an Advocate to end sex trafficking, and regularly contributes to initiatives that educate, fundraise, and bring awareness to these difficult issues.

Laura has a busy and fun household in Calgary, with a husband, two sons and a daughter, a dog and two budgie birds! She enjoys travel, competitive squash, hiking and downhill skiing.