Tragedy as Our Teacher: Life Lessons, Affirmations, and Making a Difference 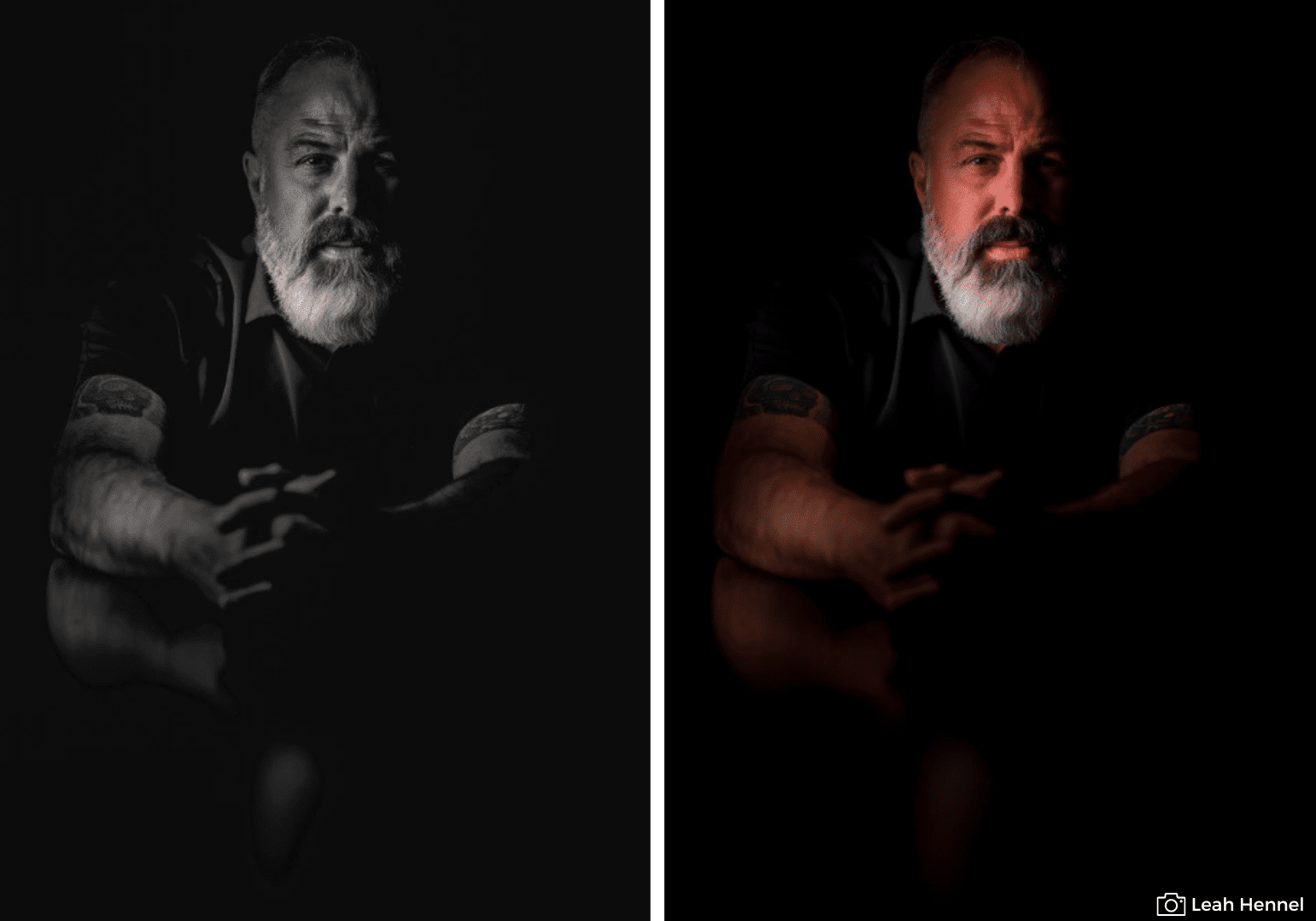 Advocating for a better world is one of my podcast themes, and I’m grateful to have connected with a person who exemplifies making a difference in many ways. I met Detective Dave Sweet in an unusual scenario, him being the homicide detective on a case that deeply impacted my family: the tragic disappearance of our niece Jasmine and her baby daughter, Aliyah, who were later found in Kananaskis, a mountainous area outside of Calgary, in May 2019.

I first heard Dave Sweet’s name when my friend recommended his book, Skeletons in My Closet: Life Lessons from a Homicide Detective, saying what an amazing person he was when she met him at a book signing. Not too long after, I met Dave at our nieces’ funeral as our family grieved the loss of our niece and great niece. Thanks to his outstanding detective work and the bravery of undercover officers, justice was served, but the pain of those closest to Jasmine and Aliyah remains.

What stands out about Dave is how he has not let the hundreds of murder investigations he has been involved in over 14 years get him down about humanity. He’s learned to find silver linings within tragic circumstances, speaking and writing about his learnings and messages of hope. He’s deeply involved in the charity, Gems for Gems, which recently launched the Hope’s Cradle program to give infants who would otherwise be abandoned a chance at being saved. 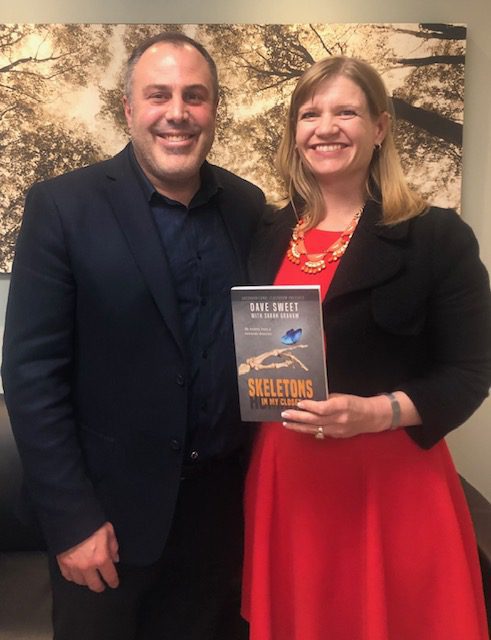 Part One: Tragedy as Our Teacher: Finding Silver Linings with Detective Sweet

Part Two: Unlikely Connections, Affirmations, and the Power to Make a Difference

Tell us about your book Skeletons in My Closet. How has it impacted people?

Dave says “I know tomorrow is never promised for any of us. I wanted to create a memoir to share stories and learnings from my career. I worked a lot while my children were growing up, and I wanted to share with them some of what I was doing and the lessons I learned.

I partnered with a talented co-author, Sarah Graham, to write this book. We were invited to Lincoln, England, to present at the British Criminology Society about bridging the gap between the police and the rest of the community. The goal is for people to recognize that the police and public are one and the same: we’re all human beings.” 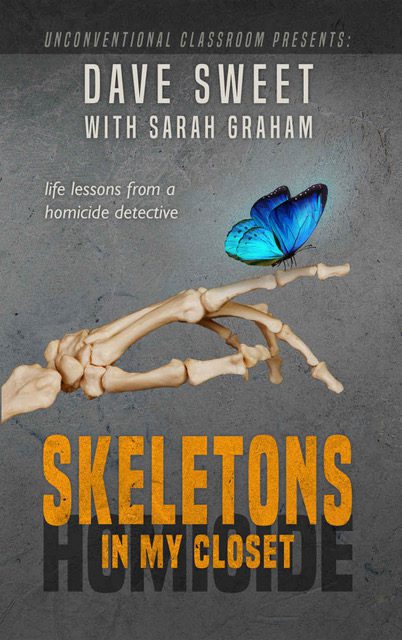 How can tragedy be our teacher?

“It’s important for me to feel like I’m living a life that matters, through service to other people.

We don’t want to have tragedy, but when it does come there are opportunities for silver linings to emerge. If you lose your job, for example, it may be an opportunity to reinvent yourself and do something more in line with who you are today.

I encourage people to find the silver linings in challenges or tragedies, not to focus too much on why it happened to you but on how you can get through it. This takes practice every single day. This can cultivate a habit of appreciation. Even the worst tragedies can bring silver linings.”

“At the end of the day, everybody kind of wants the same thing: to be acknowledged, to be heard, and to share their own stories.” – Dave Sweet

“Balancing the negative aspects of my career in homicide with the positive things I do with people. For example, the charity work I do through Gems for Gems to support and empower women. This charity helps women who have survived intimate partner violence and are looking for a new start – for example, through scholarships to get rapidly trained and more financially stable. It enables me to be part of a proactive solution rather than the reactive work I do as a detective after intimate partner violence has happened. Every 5-6 days in Canada a woman is killed by an intimate partner. That’s too many!

I work hard to bring value to people’s lives, and I enjoy meeting people who bring value to mine. At the end of the day, everybody kind of wants the same thing: to be acknowledged, to be heard, and to share their own stories.”

I don’t usually talk about spirituality directly on my podcast, but I can’t help but bring up how we met and the story of the painting.

Weeks after my nieces disappeared, I was drawn to a beautiful painting at a charity event and ended up bidding on it. I wasn’t in a social mood but kept going back to the painting to ensure I’d keep the highest bid, and ended up coming home with this painting.

A day after the painting came home, Dave Sweet took a picture of the site where the girls were found, and when he saw my painting in the days following, he was awestruck that the spot was eerily the same place. We both saw this as a lovely affirmation that things were okay and that the girls were in a good place, almost speaking to us from the painting that appeared to be the place they were found. It was almost like painting was a map to their location.

This spiritual message from the girls is something I wanted to share, and it takes courage as someone academically trained to speak about, but I truly believe this powerful affirmation was not, as the skeptics would say, a mere coincidence.

“I encourage people to find the silver linings in challenges or tragedies, not to focus too much on why it happened to you but on how you can get through it. This takes practice every single day. This can cultivate a habit of appreciation. Even the worst tragedies can bring silver linings.” – Dave Sweet

Hope’s Cradle is creating safe surrender sites for infants by partnering with fire halls. Warm cradles are built to give babies a chance for life. This program is just beginning, and Dave hopes that it gives another option to otherwise abandoning infants in unsafe places. (Hope’s Cradle)

If you could have one wish for a better world, what would it be?

“One of my favourite sayings is to ‘love people’. If you start every day like this it softens people to you and allows you to have greater impacts on their lives. The hardest people to love are the ones who need it the most. It’s an opportunity to show some level of compassion.” – Dave Sweet 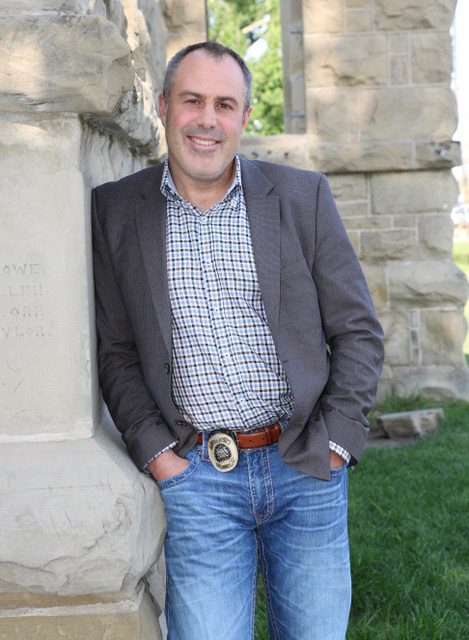 With over 24 years of policing experience, Detective Dave Sweet has been involved in some of Canada’s most infamous and famous cases. Dave has worked as a patrol officer, an undercover police officer, and led several task forces targeting gangs and organized crime.  In 2009 Dave joined the ranks of the homicide unit where he has spent the past 14 years specializing in the areas of homicide, missing person and suspicious death investigations. Several of Dave’s most known cases have been featured in documentaries and podcasts including the CBC’s The Detectives, Corus Entertainment’s Crime Beat and Investigative Discoveries Murder Board.

In 2018 Mischievous Books published Dave’s first book, Skeletons in My Closet – Life Lessons from a Homicide Detective which was written in collaboration with his talented co-author Sarah Graham.  Dave is currently writing his second book with acclaimed author Susan Forest due to release in the Spring of 2023. In addition to a Distinguished Service Award in 2010, Dave earned the Chiefs Award for Investigative Excellence in 2017, the Governor Generals Exemplary Service Medal in 2021 and the Queens Platinum Jubilee Medal in 2022.

Dave lives by the mantra “love people” and believes his inner strength and mindfulness are rooted from that perspective.

“Skeletons in My Closet: Life lessons from a homicide detective” by Dave Sweet and Sarah Graham